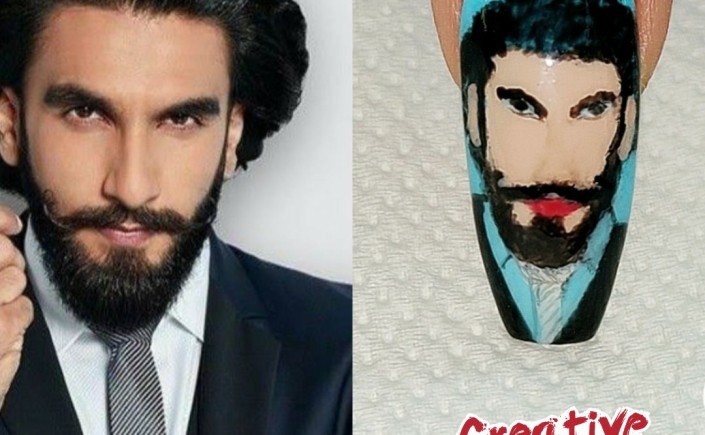 Ranveer Singh Bhavnani (born 6 July 1985) is an Indian actor who appears in Hindi films. The recipient of several awards, including four Filmfare Awards, he is among the highest-paid actors in the country and has featured in Forbes India‘s Celebrity 100 list since 2012.

After completing a bachelor’s degree from Indiana University Bloomington, Singh returned to India to pursue a career in film. He briefly worked in advertising and made his acting debut in 2010 with a leading role in Yash Raj Films‘ romantic comedy Band Baaja Baaraat. The film emerged as a critical and commercial success, earning him the Filmfare Award for Best Male Debut. He gained praise for playing a melancholic thief in the drama Lootera (2013), and established himself with his collaborations with Sanjay Leela Bhansali, beginning with the romance Goliyon Ki Raasleela Ram-Leela (2013).

Hope you liked the portrait! See you soon with next portrait on nails!

Creative Nails is active on: